5 Behaviors that Predict Failure in a Relationship

We can't try to pretend our partner will change if we have never told him that we are bothered by his behavior. Instead,this is directing our relationship towards failure. 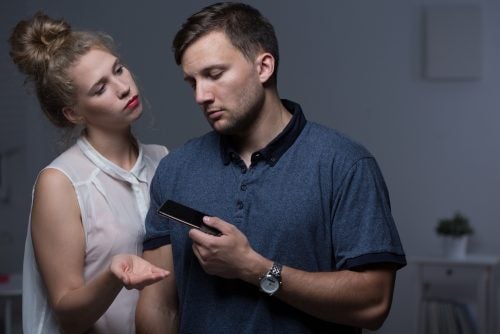 Sometimes, when a relationship fails, we ask ourselves questions like, ” Why, when everything was going well?”

However, are you sure that everything was going well? Today, we will discover some behaviors that will help predict failure in a relationship.

Relationships don’t fail over night without an apparent reason. There are some behaviors that we’ve been carrying out without us realizing how harmful they are.

Let’s see what they are.

One of the first behaviors that can help predict failure in a relationship is when we criticize our partner for how they look, drive, the clothes they wear, how they talk, etc.

In order to have a healthy and solid relationship, partners must accept each other completely for who they are.

If we don’t like them for who they are, we have two options: accept it or leave them. However, criticizing them is never an option.

2. The other person insults you

Does your partner make fun of you? On occasion, does he or she humiliate you? If this is how you feel but you don’t make it known to them, you’re not doing anything to solve the problem.

On occasion, our partner has a way of making us feel hurt, but we deal with it in the name of love.

The most probable reason is that we are suffering form emotional dependence. Because of that, we don’t know how to say “I’m not going to tolerate this; I’m leaving.”

It’s important that you keep in mind that you have to have respect in a relationship. If not, this will be, without a doubt, another one of the behaviors that will predict your relationship’s failure.

3. It’s always the other person’s fault

Among all of the behaviors that predict the failure of a relationship, this is one of the clearest. It’s when the blame is always put on someone else, meaning the person never takes responsibility.

Let’s imagine that a women blames her partner because he put his feet on the table. She blames him for it, when in reality, they have been together for two years and she has never told him to take his feet off the table.

Who is really to blame?

It’s very easy to put the blame on someone else, and not only for things like this, but for other things that we don’t realize.

The woman should have made it known from the start that she didn’t like it, but instead, she tried to make her partner “guess” that it was something that bothered her.

This attitude is not correct, and the woman should assume the responsibility in the situation so that she can learn from it and apply this lesson to future issues.

There is type of attitude that is pretty toxic and whose intent is to manipulate the relationship. In this case, we’re talking about silence and indifference.

Actions like blaming or criticizing can make someone choose to be silent and indifferent in order to “punish” their partner.

This attitude tries to make the other person submit, in addition to treating them without a single bit of respect.

When our partner tries to punish us for saying what we think or what’s bothering us and they punish us with silence, that’s when it is time to leave the relationship.

5. Our partner forces and demands things

This has a lot to do with the unconditional acceptation that we were talking about at the beginning.

Forcing and demanding certain things from our partner is one of the behaviors that predicts relationship failure.

We cannot force and demand anything from our partner. They are a free person who we need to respect without making any attempt to manipulate them at our whim.

If this happens in your relationship, you should rethink it. Manipulative attitudes are very toxic.

Have you experienced this type of behavior that can predict relationship failure? Detecting them in time will allow you to put an end to the situation before it causes even more harm.

4 Reasons Your Relationship is in Constant Crisis
Is your relationship in a constant state of crisis? Does one argument just lead to another? If so, it’s time you asked yourself what you’re doing to fix it. Read more »
Link copied!
Interesting Articles
Relationships
What to Do if Your Partner Is Verbally Abusive