Willpower is accepting changes and adapting to new things. It is possible to develop this ability. Setting a goal and seizing opportunities helps support self-discipline. 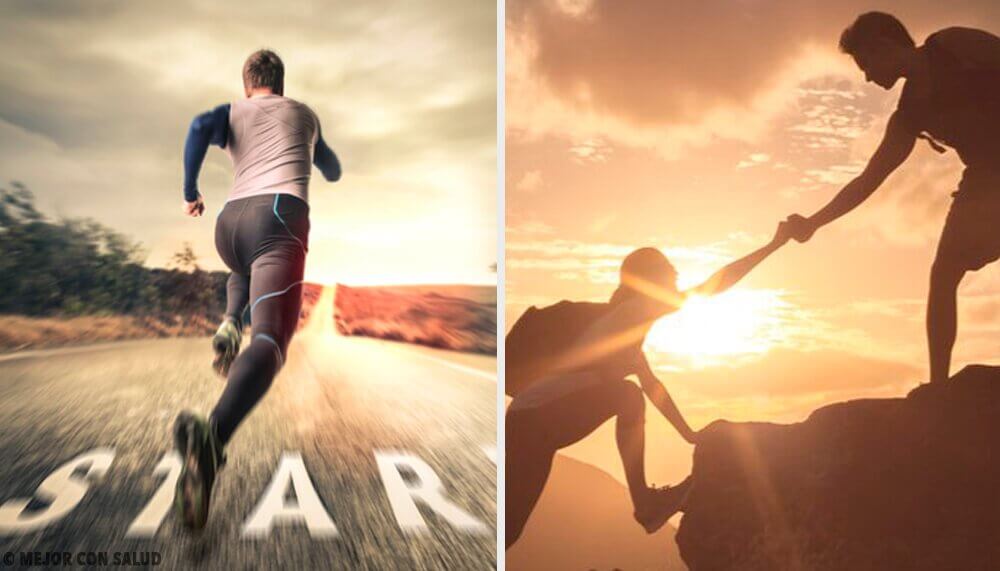 There are times when a challenge seems to be bigger than it really is. That leads us to pessimistic thoughts and to give up even before actually facing the challenge. However, there are ways to increase willpower.

Fear is natural and there is no way to get rid of it, but something can be done, and that something is controlling your nerves. This is no easy task. However, it’s not impossible.

Those are the times when willpower, also known as self-discipline, becomes very important. Some steps you should take to strengthen your willpower and spirit are:

“Control is power.” This quote is from the award-winning film Schindler’s List, directed by Steven Spielberg, and best explains what we described above.

We need willpower to be able to accomplish that which seems impossible.

It’s not just about convincing ourselves, it’s about doing it. There’s a big gap between the capacity between deciding and implementing. It’s very difficult to accomplish what we set out to do if one of them doesn’t maintain a relationship with the other.

Visit this article: Your Body Can Help You Overcome Your Fears

Willpower is not synonymous with stubbornness. It’s not about moving forward without a plan to complete a task,  nor is it about repeating our mistakes.

Willpower is accepting changes and adapting to new things. It’s about understanding that not everything generates the results we expect, and we should always still keep going regardless.

It’s normal for human beings to act on the hope that they’ll get a reward in the near future. However, what will really satisfy us in the long run is acting in order to move forward and reach the ultimate jackpot.

In other words, you can choose between participating in the 100-meter race or the marathon.

Having willpower is accepting our mistakes, but perhaps the most difficult thing of all is also putting aside those thoughts that threaten our very humanity. It’s about overcoming hopelessness and realize that we are so much stronger than we think.

Setting goals, making adjustments along the way, taking advantage of opportunities that arise and using alternatives are all tools that help create and sustain willpower.

Going forward without looking back, not losing our focus and being disciplined are critical to achieving success.

There are many examples of willpower out there. You just have to pay a little attention. Family or personal situations in which loved ones go through difficult times and come out on top serve as self-help.

There are high-class figures that are great examples of willpower all around the world. Top athletes are one of them.

For example, the Argentinian soccer player Lionel Messi can boast of having willpower.

We know how talented he is, but we also recognize everything he had to do to stand out despite of his height in a discipline of physical contact. Nowadays, no one doubts him nor what he’s accomplished.

He has a natural talent that he managed to develop above that of his competition.

He overcame his growth problems due to his desire for success, as well as his desire to win and be strong. Detecting the problem and addressing it is the most important thing.

See also: 7 Japanese Disciplines for Good Health that You Will Love

Many people give up when they fail the first time. This is a common, but also regrettable, mistake. People feel lost because they don’t have enough self-confidence to keep fighting for what they want.

The goal doesn’t have to be reflected in a highly demanding thing.

Take dieting, for instance. Not eating the sweets and drinks that aren’t healthy for us is hard, but not impossible.

Here’s where self-control comes into play. Being tempted to do something that breaks the pattern that has been followed is natural, but here’s where mind over matter becomes important.

Eventually, when you reach your goal after tackling all the problems that come your way, you create a precedent. This is how human beings learn and understand that what they experienced before no longer represents how difficult it all seemed in the first place.

That’s when you know that all the sweat and tears were worth it. That’s when you feel an indescribable satisfaction, when you understand that willpower was the ally that allowed you to achieve glory.

Five Personal Strategies to Channel and Relieve Anxiety in 15 Days
Physical exercise and meditation can be two very useful pillars when you need to fight anxiety and find enough calm to feel better Read more »
Link copied!
Interesting Articles
Healthy mind
How to Help a Person Who's Suffering From Anxiety