4 Things You Should Avoid Saying to Doctors

Don't forget that your doctor is a professional specializing in medicine. As such, they know all the steps that need to be taken to diagnose a problem. Still, there are certain things you should avoid saying to doctors. 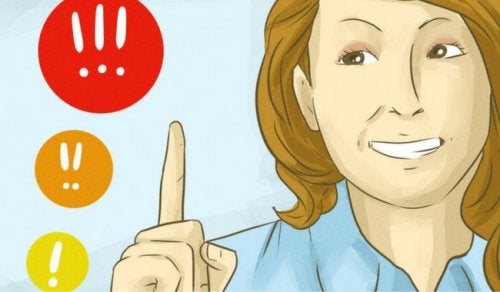 Maybe you’re one of those people who looks up your symptoms on internet search engines. Then, you imagine everything you want to tell your doctor. But did you know there are things you should avoid saying to doctors?

Have you forgotten how many years doctors study to graduate? You shouldn’t take their profession lightly. Keep reading to find out four things you should avoid saying to doctors.

Out of respect, there are certain things you should avoid saying to doctors. You don’t want to offend these skilled people who dedicate themselves to saving lives.

Before going to your doctor, the only thing you should do is make an appointment. Don’t worry about using technical words. Your doctor will understand what you’re saying. Keep in mind that they’re also human.

There are some who are worried about the time they waste while going to a doctor’s appointment. There are also others who don’t want to spend money on something that they can diagnose on their own.

Things you should avoid saying to doctors

Among the things you probably should avoid saying to doctors, there’s:

We live in a technological age. This makes research easier for us. When our head hurts, we run to ask doctor Google. With only a click we think we know everything.

When a loved one makes you go to a specialist, you’ll probably end up saying “I’m sure that it’s…”.

If this happens, it’s possible that you won’t ever get better.

Doctors have studied a lot to get their title. What’s more, they’re experienced. If you say that you looked for the symptoms on the internet, they’ll feel that you don’t trust their expertise.

There are many medical articles written by doctors. However, in-person appointments get better results. Before looking for a medical opinion, many patients have already self-diagnosed themselves.

This wouldn’t be a problem if it weren’t for the fact that these diagnoses are usually wrong. A bloody nose, for instance, doesn’t always mean you have an allergy. You can have several different results.

It’s necessary to go through the protocol. This results in a medical diagnosis.

Indeed, research has proven that stress can contribute to causing diseases. Cancer and heart problems are an example of this. However, you can’t blame your present symptoms on it.

For instance, a headache isn’t only due to stress. When you feel pain in your forehead, talk to your doctor. This is a sign that something is happening to your health. Your body is sending you a message.

If your problem is stress, your doctor won’t hesitate to suggest the lifestyle changes you should make.

Discover: 5 Strategies Every Woman Should Use to Say Goodbye to Stress and Anxiety

It’s normal for people to worry about wasting time when they see their doctor. Waiting patiently is almost impossible when there’s work to do.

There’s another excuse for not visiting your doctor and wasting your time. Maybe you think that the diagnosis you’ll get is the same thing you think you have.

Among modern professions, being a doctor is the one that requires the most training. They see many patients that only complain and don’t listen to their professional advice.

Still, they look out for your health. They also worry about the people they have in their care. In addition, they’re often more patient than their own patients.

Some people make their illness worse by not following their doctor’s advice.

However, we’ve never heard a doctor say “this was a waste of time.” Instead, they go back to see a patient as if it were the first time.

Don’t think that you’ve wasted time by only going to a consultation. It’s not bad to get anything checked out. If you feel that something is wrong, get it looked at.

“It’s better to go to the emergency room with chest pain (or simply a feeling that something’s not right) and leave with medication for heartburn than to stay home and have a heart attack.”

This phrase is very annoying for any specialist. As we said, doctors are humans; they aren’t robots. They have emotions like everyone else.

You need to be careful of how you express yourself in front of them. Treat them with the same respect that you want for yourself.

Listen attentively to what your doctor says. Your lack of trust when it comes to them being a professional could make you not pay attention to what they say.

If you didn’t understand everything, talk to them in a civilized manner. It’s not necessary to offend them. This is true even if your doctor doesn’t really want to listen to you. If that happens, it’s better to look for another doctor.

5. Be aware of what you say

In conclusion, you’re the master of what you conceal. However, you’re also a slave to what you say. Once the words have left your mouth, you can’t control how they affect other people. So, remember, there are things you avoid saying to doctors.

The phrases we’ve mentioned can hurt these dedicated professionals. Think about what you’re going to say and keep up a good relationship with your doctor.

The 5 Worst Lies You Can Tell Your Doctor
Since our doctor is to help us and not to judge us, it's useless trying to hide information. Telling lies to your doctor can only hurt your health. Read more »
Link copied!
Interesting Articles
Did you know?
New Year's Traditions Around the World