4 Techniques to Stimulate the Clitoris

Aside from techniques to stimulate the clitoris, communication with your partner is essential to reach orgasm and enjoy much more fulfilling sex. Want to know more? 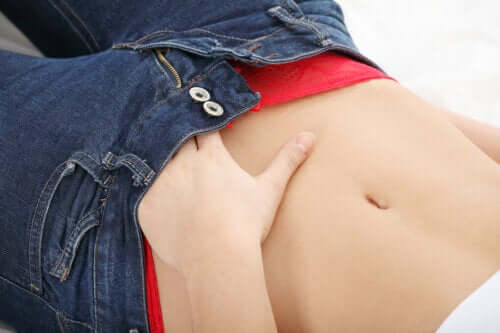 Trying to effectively fulfill the sexual needs of a woman and give her pleasure is no simple matter. In fact, having the best of intentions won’t cut it if you want to achieve this goal. That’s why you won’t want to miss out on these techniques to stimulate the clitoris.

We know that reaching the female orgasm isn’t exactly easy and requires a lot of work with your partner. It takes a lot of communication and teamwork to achieve it as demonstrated in a study conducted by Utahn State University.

Great communication doesn’t just allow you to explore what both parties like and prefer, it also helps each person get to know themselves better both inside and outside of the intimacy. However, it’s key to know the erogenous zones of your partner and how to stimulate them.

When it comes to the female body, the clitoris is one of those zones that causes anxiety, not only for its complexity, but because it represents one of the best sources of pleasure. However, it’s essential to know how to touch it because it’s quite a sensitive zone.

Discover which techniques to stimulate the clitoris offer the most pleasure

The clitoris is a highly sensitive sex organ. To date, the only known function of the clitoris is to provide the woman with sexual pleasure.

For women, stimulating the clitoris is no trivial matter. While sexual preferences can vary from one woman to the next, it’s been shown that the ability to stimulate this organ is the key to the female organism.

For example, in a study published in The Journal of Sexual Medicine, the majority of women (64%) reported that stimulating the clitoris and the vagina formed part of their usual techniques to achieve orgasm. Plus, stimulation was also associated with a higher sex drive and greater sexual arousal.

In another investigation published in the Journal of Sex & Marital Therapy, experts carried out a survey of 1055 women, aged between 18 and 94, with questions focusing on sexual pleasure, the orgasm, and genital contact.

According to the results of this survey, 18.4 % of the women questioned said that they could achieve orgasm through vaginal intercourse alone, while 36.6 % said that stimulation of the clitoris was necessary.

Another 36% indicated that, while they could achieve orgasm through intercourse alone, their orgasms felt better when the clitoris was stimulated during sex. So, what are the best techniques to stimulate the clitoris?

This piece of basic advice is important for you to remember. Go little by little; taking time to admire and, at the same time, stimulate the female body is part of the key to success with this technique.

Remember that the clitoris is incredibly sensitive. Precisely because of this quality, experts recommend that you maintain a progressive rhythm in terms of the intensity of stimulation.

Look at this article: Seven Myths About Oral Sex and its Health Consequences

Adult films, better known as pornographic movies, can be stimulating for some couples and can help, to some extent, to break the ice. However, it’s important to bear in mind that these are often exaggerated and unrealistic performances.

If what you want is to offer an unforgettable cocktail of passion and orgasms, the most important thing is to make love that’s full of imagination and caresses. You should never overstimulate or be rough with the delicate area of the clitoris. Sometimes, less is more. So, it’s preferable to:

3. Sucking and stimulating with the tongue

It’s just as the title suggests. If you’ve fulfilled all the previous techniques to stimulate the clitoris and the moment is right to start using a bit of rhythm and creativity, you can take it to the net level: start gently sucking. You’ll probably notice more moaning coming from your partner as you do so.

This technique consists of sucking the area of the clitoris with low pressure and keeping it in your mouth for short intervals, then giving small “taps” with the tip of your tongue as you notice how, due to the stimulation, the area swells a little.

Also try: Sex Without Penetration: is it Possible?

If things are really hotting up and passion is in the air, the only possible limitation is ignorance. So,  in addition to sucking the clitoris, it’s time to use your fingers. By combining movements with your fingers and tongue in a simultaneous way, you’ll increase the pleasure by 100%.

How should you do this?

Stimulating the clitoris is essential for female pleasure. As such, it can be really useful to try out some of these techniques with your partner, and most importantly, ask what they like and don’t like. With good communication, both of you will have a better understanding of what works.

How to Stimulate a Woman’s Nipples the Right Way
Did you know there are tons of nerve endings in female breasts? Using the right technique to stimulate a woman's nipples can be very arousing for you both. Read more »
Link copied!
Interesting Articles
Sex
Sexual Compatibility: Everything You Need to Know