If you think you might be depressed, try to seek help from the people around you and get professional help as soon as possible. It's essential that you avoid isolating yourself, and try to keep an open line of communication. 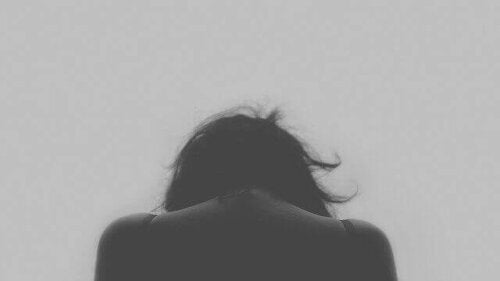 There are many different types of depression, several of which are relatively common. Depression is a psychological disorder characterized by feelings of profound sadness, and can cause a number of other physiological symptoms. While it can have a number of underlying causes, it’s usually due to a combination of biological, psychological and social factors.

According to the World Health Organization (WHO), “depression can become chronic or recurrent, and may have a significant impact on performance at work or school, and one’s ability to cope with everyday life.”

Moreover, certain types of depression tend to occur more frequently than others. Read on to find out more.

Most of us are only really familiar with one kind of depression: depression that manifests as symptoms such as intense sadness, which can prevent sufferers from leading a normal daily life.

They may struggle to get out of bed, or feel unable to participate in normal everyday activities. In some cases, things that used to excite them now leave them feeling indifferent…

Also known as clinical depression, major depression is perhaps the best-known of all the different varieties. Those who suffer from major depression usually lose interest in normal daily activities, even those that are pleasant. Symptoms of this type of depression include:

Someone with bipolar disorder will alternate between manic and depressive phases. During depressive phases, they will normally display many of the symptoms associated with major depression; during manic phases, they may feel euphoric. This can confuse the people around them, as they often don’t know what to expect.

In many ways, manic symptoms are the opposite of those seen in cases of major depression. These include:

While manic symptoms don’t usually last long, they can lead to self-destructive behavior, and are often followed by a period of depression.

Formerly known as dysthymia, this type of depression refers to a low mood that lasts for at least two years. However, symptoms may not be quite as severe as those seen in patients with major depression.

Many people with this kind of depression manage to function well on a day-to-day basis, but feel depressed or unhappy the majority of the time. Other depressive symptoms may include changes in appetite or sleeping patterns, low self-esteem, lack of energy, or feelings of hopelessness.

This type of depression usually occurs as the days get shorter in the fall and winter. Mood swings may be the result of changes in the body’s circadian rhythms, sensitivity to changes in light, or changes in how chemical messengers such as serotonin or melatonin work.

The main form of treatment is light therapy, in which patients sit near a “lightbox” that emits an intense light. Common treatments for depression, such as psychotherapy and medication, can also be effective.

Types of depression: the important thing is to seek help

At first, overcoming depression may seem like an extremely difficult task. However, the key is to seek help as soon as possible.

Whether you have symptoms of seasonal affective disorder or major depression, we would recommend seeking professional help. Battling depression isn’t easy on your own or without expert advice.

If you don’t seek help, you may find yourself starting to withdraw from society, as your depression starts to isolate you. Start by talking, opening up to the people around you. If you don’t feel ready to do that just yet, you could try speaking directly to a professional. That said, you may find it useful to vent to loved ones.

With a little time and patience, you can beat depression. It’ll be tough, for you and the people around you. But even when things seem at their worst, there is always hope. Whatever type of depression you have, you can fight it.

Diet for Depression: Foods that Cheer you Up
A diet that treats depression should include a combination of foods that are good for the nervous system and brain. Since there are many factors that can cause depression, certain nutrients are recommended to help control it. Read more »
Link copied!
Interesting Articles
Beauty
Is it Dangerous to Wear Hair Extensions?

Healthy habits
The Effects of Alcohol on the Nervous System