The Four Most Common Cerebrovascular Diseases

There are lots of cerebrovascular problems that don’t have specific symptoms, making it critical that you have regular checkups and follow some healthy habits to avoid any issues. Learn more in this article. 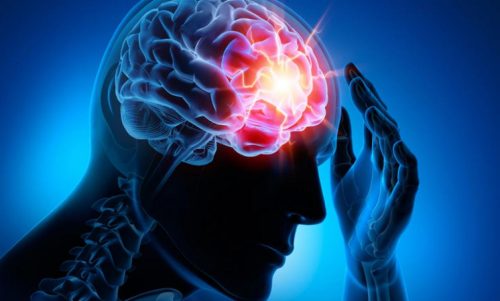 Cerebrovascular diseases (CVD) refer to all conditions where the circulation of blood flow to a particular part of the brain is either temporarily or permanently cut off.

Everyone knows, either directly or indirectly, of someone who has suffered a stroke or an aneurysm.

These diseases can have permanent effects and can even be fatal. At best, they are very frightening and should motivate you to take better care of your life and habits.

Most people, however, aren’t sufficiently aware of this type of disease.

Unless you’ve had one of these experiences yourself, or have a loved one or friend who has, you might not understand the impact certain factors can have on the health of your brain – including high blood pressure, high cholesterol, or being overweight.

Too many deaths occur every year due to preventable cerebrovascular diseases. Others, however, like strokes that affect very young and healthy people, are sad realities that defy reason or logic.

Nevertheless, there are certain factors that you should consider with respect to these kinds of cerebrovascular diseases and their associated indicators in order to reduce their impact on your life.

It’s something dedicating your time and energy to learning about them.

The four most common cerebrovascular diseases

As we pointed out at the start, cerebrovascular diseases are characterized by an interruption in the blood supply to the brain.

Any alteration in your blood flow can lead to two types of problems: ischemic and hemorrhagic. The ischemic variety is without a doubt the most common, and it typically has the same origin in all patients: atherosclerosis.

We have covered the subject of atherosclerosis several times on this blog.: It occurs when you have very high cholesterol levels along with inflammation in the arteries of the brain.

Discover: These perfect tricks to improve your memory

All of this leads to a slow, progressive, and very debilitating disease: the build-up of plaque in your blood vessels. This causes problems with the circulation of blood to your brain, eventually causing cognitive problems and dementia.

This is not an insignificant issue: prevention and having good lifestyle habits now will really pay off in the future.

This type of disorder usually issues a few small warnings before the cerebral arteries completely close.

That’s why it’s vital to be attentive to the symptoms:

A cerebral embolism is another type of cerebrovascular condition of ischemic origin. Earlier the origin was the “thrombus,” but now it is escaped plaque. To be more clear, a thrombus is a blood clot that forms on the wall of an important artery and obstructs circulation.

In this case an embolism is produced by a piece of plaque that detaches from an artery wall and reaches the brain.

Unlike cerebral thrombosis, the plaque can break away far from the obstruction itself, typically near the heart.

The symptoms are similar to thrombosis: numbness on one side of the body, difficulty expressing yourself or communicating.

If a patient with an embolism is treated quickly, they can receive a drug called tPA that can dissolve the plaque. Life expectancy is significantly improved if this works.

We’ve already discussed the two most common ischemic brain disorders. Now we want to describe the conditions that a hemorrhage can cause.

The most common is the aneurysm. In these cases, there is an abnormal dilation of a weak part of a blood vessel in the brain.

The biggest problem with an aneurysm is that it doesn’t have a lot of symptoms.

Some people will have a dilated blood vessel in their brain for years without noticing anything until under a certain pressure at a given moment, it ruptures.

Read more: The Best Physical Exercises for a Healthy Brain

Subarachnoid hemorrhages often occur due to high blood pressure – something you must keep track of. In this case, the blood vessel also ruptures and is nearly always located on the surface of the brain.

The rupture is found in the space between the brain and the skull, but never enters the brain itself.

Life expectancy after this type of rupture depends on how quickly you receive medical attention. It’s critical to recognize the symptoms:

The most obvious symptom relates to your vision. You might lose your sight for a few minutes, or see very bright lights or other optical phenomena.

In case you have any problem or minor anomaly, it’s best to trust your instincts: call your health professional immediately.

7 Easy Tips and Tricks to Train Your Brain
Your brain needs exercise just like the rest of your body. Here are seven clever ways to train your brain to keep it young and active, no matter your age! Read more »
Link copied!
Interesting Articles
Illnesses
Everything You Should Know about Hypochondriasis