In this article, we’re going to share three recommendations to help you avoid cross contamination in your kitchen. You can reduce the risk with simple measures. Discover them here! 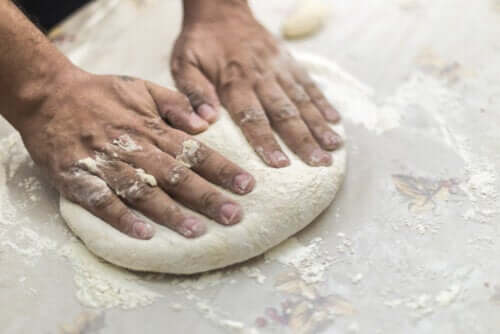 The need to avoid cross-contamination is crucial in diseases such as celiac disease. It’s the phenomenon through which a person can be poisoned by allergens or microorganisms in a product or utensil that was in contact with a food they’ve consumed.

Below, we’re going to offer you a series of tips to avoid cross-contamination. This way, you’ll reduce your risk of suffering acute illnesses derived from food poisoning or allergies. Don’t forget that maintaining food security measures is essential to protect your health.

Below, we’ll explain three things you must take into account when you’re handling the food you’re going to eat. Pay attention to reduce the risk of getting sick!

As a general rule, cooking processes inactivate microorganisms and toxins in foods that can make you sick. Scientific evidence suggests that low or high temperatures kill nematodes, such as anisakis.

However, if you put cooked food in contact with raw food that contains harmful bacteria, they can jump from one product to another and start reproducing. This increases the microbiological risk and causes cross contamination.

We recommend you to always save some space in your kitchen for the food that you’ve cooked, separate from the place where you’ll store raw products. A very typical example is mixing cooked vegetables with raw meat or fish.

This practice entails health risks, especially when animal products haven’t been subjected to prior freezing or sanitization.

To know more, you should read: All About Celiac Disease or Gluten Intolerance

2. Don’t use the same knife to cut all foods

In the same way that it isn’t a good idea for raw and cooked foods to touch, neither should you use the same cutlery to handle them. A typical example of not being careful with cross-contamination is sharing utensils that have touched gluten.

An investigation published in the Journal of Food Protection shows that freshly washed cutlery should be used to make food for a person with celiac disease. In addition, you should make sure that the cutlery hasn’t come into contact with any food likely to contain gluten.

The same goes if the product in question contains bacteria that are pathogenic for humans. When handling different foods, it’s essential to wash the cutlery well to avoid these kinds of situations.

This article may also interest you: The Eight Best Types of Gluten-Free Pasta

In addition to being careful with handling utensils, you must sanitize cooking elements, including pots and pans, after using them. The bacteria or allergens they may contain after cooking can be transmitted to the food that’s placed there.

Celiacs are most susceptible to this type of cross-contamination. However, there are also cases where the bacteria manage to survive in the pot or pan and reproduce once they come into contact with the food that you place there.

But this is very unlikely to happen. There needs to be enough of an allergen or bacteria for it to cause specific harm. As stated by research published in the Journal of Food Protection, it’s rare for food poisoning to occur if there’s insufficient bacterial load.

People who suffer from celiac disease are exposed to these situations if they can’t avoid cross contamination. Few proteins are needed to trigger an autoimmune process in these patients.

Food poisoning due to a lack of preventive measures is more common than you might think. For this reason, it’s essential to follow the advice we proposed in this article to reduce the risk.

Both an excess and lack of hygiene are harmful to health in the long term. When you’re handling food, try to avoid certain risky behavior.

Also, don’t forget that thorough cooking and freezing processes are capable of inactivating many pathogenic organisms that can cause food poisoning and other acute problems. For example, subjecting fish to very low temperatures inactivates anisakiasis.

Make sure you comply with the basic rules we explained here. Also, check the quality and hygiene of the utensils you use in the kitchen to handle foods. Any precaution you take can prove helpful.

Cross Contamination – What Is It?
Cross-contamination can be one of the most common causes of the development of foodborne illness. Ok, but how does it happen exactly? Read more »
Link copied!
Interesting Articles
Healthy diets
5 Diets Supported by Science