When you stay up late, you not only waste the next day, there are other consequences such as long term health problems, weight gain and even circulatory diseases. 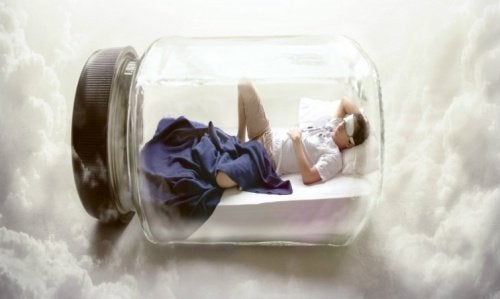 Our pillows and duvets both hold a special place in our hearts. Some of us love them so much that it takes a great deal to separate us from them in the morning. This task becomes even more difficult if we stay up late the night before. It’s a daily battle for some of us.

Every morning, your soft pillows and blankets will continue to cover you if you stay up late. But what’s so bad about going to bed late? Basically, when you stay up late, you’re depriving your body of the fuel it needs.

Over the last two decades, the amount of people suffering from sleep deprivation worldwide has increased. Nowadays everyone is constantly working, and those who are not working take their pick of social networking sites to entertain them until the early hours of the morning.

In the United States, insomnia has already been classified as an epidemic. Furthermore, according to a survey carried out in 2013 by Gallop, 42% of US citizens get less than 7 hours of sleep a night.

Sleep deprivation can cause dark undereye circles eyes, and mood swings. It’s almost a mathematical formula to say going to sleep late equals waking up late. Moreover, there are other problems that are caused by working late or watching your favorite TV show until well into the night.

The following things can happen when you stay up late:

Sleeping well is so important that when you don’t sleep well, it starts to show on your body. We’ve mentioned in other posts that your body can tell you what’s going on internally in terms of your health. This also applies to staying up late.

If something out of the ordinary happens to your body, you can develop health problems and obesity is one of them. If you deprive your body of sleep, it becomes more tired and you won’t want to get out of bed the day. As the hours go by while you’re in bed, you could gain a few kilos or pounds.

A study conducted in 2015 at the Weill Cornell Medical College and presented at the Endocrinology Society Annual Meeting suggests that we should pay more attention to the time that we go to bed.

With only 30 minutes less of sleep a night you could experience weight gain and insulin resistance. This study had 522 participants and was conducted over a period of seven days. The participants who went to bed late were 72% more prone to becoming obese, in comparison to those who went to bed earlier.

Weight loss is also related to loss of appetite and hormone metabolism. This metabolism puts people at risk of becoming obese and resistant to insulin, according to Shahrad Taheri, the main author of the Weill Cornell study.

2. Your sex drive will decrease

Some of us may experience times in our lives in which we only use our beds for two things: sleep and sex. There are times, however, when you find yourself going to bed only to sleep, because it takes you longer to get aroused during intimate moments. Plus, you’re tired and in a bad mood because you haven’t slept much.

You can’t have a good time being intimate with your partner because you aren’t sleeping enough and you’re tired. In a recent study, The Journal of Sexual Medicine found that sleep duration among women is related to a higher desire to have sex the following day.

According to results, just one more hour of sleep increased participants’ probability of having sex the following day by 14%. The same study also found that women who slept more also reported sex as being more pleasurable.

Additionally, they reported a greater ability to reach orgasm than women who didn’t spend as much time sleeping. This has nothing to do with mood swings, which are also connected to sleep. However, studies show that hormonal changes, which are consequences of the sleep loss, lead to poor sexual function.

If you’re having problems in your sex life, check if your sleeping pattern, or lack thereof, is the cause. Many women blame menopause for the problems they have during sex, when there could be other factors affecting them.

3. Your blood starts to boil

That’s right. Your blood literally boils when you stay up late. It has been proven that people who only sleep for short periods of time have a higher possibility of experiencing a rise in blood pressure during the night.

Those who don’t get enough sleep could experience high blood pressure. Those who do, however, are less likely to.

When your blood pressure increases at night, this indicates that your heart is working harder than it should be during its rest period.

Don’t stay up late if you can help it

The reasons you have to stay up late are nothing compared to the dangers of sleep deprivation.

We recommend organizing your schedule to avoid interruptions during work so you can stick to this schedule.

Furthermore, you should manage your timetable, even when you’re at home. This is how you’ll work in the quickest time possible, which will allow you to have time to rest.

Don’t interfere with your bedtime. A good night’s sleep helps you look after your health.

5 Tricks to Sleep Better
If you use these tricks to sleep better, you're more likely to get a better night's sleep and you wake up with more energy. Read more »
Link copied!
Interesting Articles
Anatomy and physiology
Twelve Exercises to Overcome Shoulder Tendinitis