What About 3 Days Off For "Painful Periods"?

Even though there are people who are against this measure because they think that it stigmatizes menstruation, the truth is that there are women who have severely painful periods. 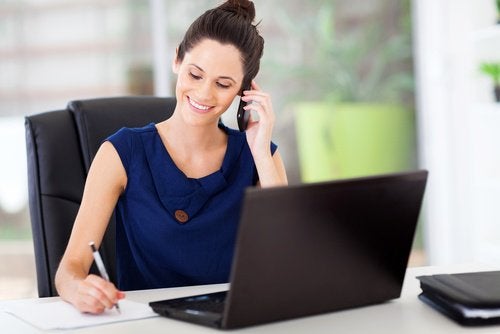 The controversy is out there. The Italian parliament debated an interesting proposition last April. They discussed if they should give three days off to women who suffer from painful periods.

As much as it may surprise you, the idea isn’t new.

Nevertheless, this topic was all over the news in several European countries a few months ago, like in the United Kingdom. In the UK, the goal was to be more open-minded, integrated, and progressive. Some businesses have added this right to their internal policies.

It’s possible that many of our readers will already have the same opinion on the subject. Do you agree with giving women a few days paid leave if they suffer from painful periods?

There are areas of our society that are very supportive of this initiative. However, there are also people on the other side who think it’s not a good idea for women to get paid time off for painful periods.

That being said, there is concrete data that confirms that this topic needs to be talked about.

Painful periods and their invisibility

Every woman is different. Therefore, menstruation varies from woman to woman and each period has different characteristics. There are those who get their periods without much pain.

Then, there are some who get through it with one painkiller per day.

However, a percentage of women have painful periods so intense that they’re debilitating.

Gynecologists remind us that there are two kinds of painful periods:

Regardless of the cause, a woman with a painful period doesn’t sleep well and suffers from migraines and dysphoric disorder (mood changes).

However, regarding painful periods, this type of severe pain lasts just a few days a month.

A person with this set of symptoms is someone who can’t give 100%. If they do, it’s probably thanks to the effect of a strong medication. However, these medications don’t always work for every woman or every period.

According to some labor sectors, recognizing this is a way to fight for workplace equality.

Initiatives like the proposal in Italy are also a way of giving visibility to this problem.

By doing this, they ensure that they are giving women a better quality of life. In addition, there are increasing productivity, essentially.

Paid Leave for Menstruation: Voices Against It

Menstruation shouldn’t be seen as a disease

Curiously, it appears that most of the people who are against his proposal are women. They argue against giving between one to three days of paid leave for painful menstruation.

This can be very stigmatizing, giving an image of weakness or “not available” because the woman is sick. When, in reality, menstruation isn’t an illness. That being said, endometriosis and other uterine diseases are, in fact, illnesses, and this would be something entirely different.

At a time when job positions in our society are opening up to women, this kind of paid leave is seen with suspicion. This is especially true of women’s groups that are looking for equal working conditions above all.

The Need to Take Measures And Make Changes

If Italy wanted to open the debate last April, it was because of concrete data: women who suffer from dysmenorrhea continuously represent a loss of working time.

This is a reality, not a form of discrimination whose intention is to label women or periods. What they wanted to articulate is that there is a need to look for some kind of solution. This should be done with adequate respect and careful wording.

Painful periods are incapacitating. This is an evident reality.

However, like in Japan, each woman would free to use these paid days off or not.

Furthermore, there will be months where it’s necessary to take a day off. This is because a woman’s body is unpredictable and not every period is the same. Also, sometimes it’s almost impossible to carry out their work when they are suffering from painful periods.

However, there will be months in which you can be productive and don’t need this time off.

As we say, each woman has different menstruation. The simple fact of giving visibility to this reality is already an advance.

5 Natural Home Remedies for a Heavy Period
%%excerpt%% A heavy period is something many women have to suffer from each month. Fortunately, there are some natural remedies that can help. Read more »
Link copied!
Interesting Articles
Did you know?
Discover How Stress Affects the Heart