3 Christmas Dishes and Desserts Around the World

In different countries, there are different favorite Christmas dishes and desserts. We'll show you three of them here to help you plan your menu for next year! 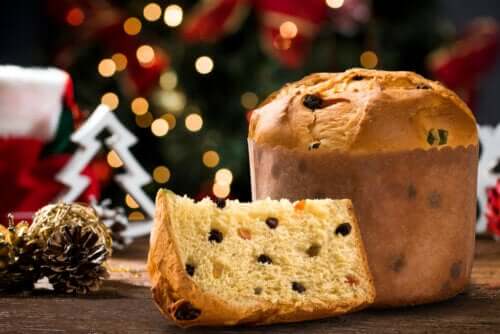 People celebrate Christmas differently all over the world. However, there are several Christmas dishes and desserts that are traditional in each country. Here, we’re going to show you three that you’re going to love!

Even though it’s a holiday where we prioritize staying in and eating lots of good food, you can still follow a good diet during this time.

1. Fried chicken with potatoes is one of the Christmas main dishes in Japan

In fact, this is one of the most typical Japanese Christmas recipes. During this time, they put aside the multiple sauces in their cuisine to make much more typical Western foods, like fried chicken with potatoes.

It’s not the healthiest recipe, of course. It’s a cooking process that generates trans fatty acids, which have been proven to be harmful to health when consumed in excess. As a general rule, when when we talk about following a healthy diet, we usually avoid fried foods.

To experience it as an authentic Japanese dish, try to use an American sauce with it, like ketchup. This way, you’ll get all the flavor and crunchiness.

Keep in mind that, if you want to minimize the negative health impact on the body, you can make it from scratch at home. You can choose the part of the chicken and the oil that you use.

It’s a typical Thanksgiving meal, but it can be great for Christmas too. Baked turkey is a classic in American cuisine, prone to high-temperature cooking, sauces, and fillings.

Here, the meat is usually served with peas or mashed potatoes. Also, you usually cook it whole and stuffed with vegetables.

Generally, it can be a fairly healthy recipe. It’s packed full of protein, which helps maintain lean mass. This is stated in a study published in the journal Nutrients. Also, the antioxidants in turkey stuffing are capable of neutralizing the formation of free radicals.

However, sometimes this dish is served with French fries, which ruins its nutritional value. It’s always best to cook at low temperatures, since it doesn’t create trans fatty acids or toxic, like acrylamide.

Check this out: Acrylamide in Food: Risks, and How to Avoid It

Despite being a recipe originally from Italy, it’s common in many western countries. The panettone is a cake and can include raisins or chocolate filling.

Also, it could have nuts inside, like pistachios. These are capable of providing healthy trans fats to a recipe that has lots of butter and sugar. For this reason, we don’t recommend that you eat it regularly. It’s better to leave it for special occasions.

Keep in mind that eating lots of sugar has been shown to have an impact on metabolic health. It can increase insulin resistance and promote the appearance of type 2 diabetes, which is related to other chronic and complex diseases.

Prepare Christmas dishes from other countries

It’s not a bad idea to shake up your menu and make Christmas dishes or desserts from other countries. You can give this time of year a new touch, and your friends and family will surely love it.

Remember, although you likely overeat on certain days, you shouldn’t get into a bad habit on this holiday. Try to maintain the routines you’ve formed throughout the year. Also, don’t forget to exercise as often as possible.

Finally, enjoy your loved ones as much as possible. Try to share experiences with them and use food as a form of socialization and bonding.

Why You Should Take Milk Thistle After Christmas
No matter how you take it, as an extract or in an infusion, milk thistle is your best ally to take care of your liver, regenerate it, and cleanse the body. Read more »
Link copied!
Interesting Articles
Did you know?
Vegan Meat Substitutes: What Are the Best Options?