15 Interesting Facts About Dreams That You Should Know

Discover some of the most interesting facts about dreams in this article. Don't miss out! 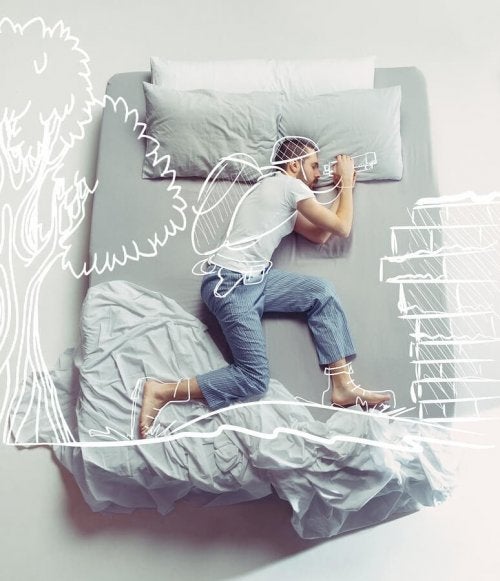 Have you ever wondered why some people dream and others don’t? Or how long we dream each night? In this article, we’ll unveil all the interesting facts about dreams that you should know.

Are you ready to be amazed?

Dreams have fascinated men and women throughout the world since the dawn of humanity. The meaning of dreams has raised hundreds of doubts. For this reason, we want to tell you some interesting facts about dreams that will surely leave you speechless.

It doesn’t matter if you remember your dream in the morning or not – we all dream every night! However, while some people can remember one, two, or even more dreams, other people aren’t able to.

Note: Only those people with a REM disorder don’t dream at night, but the percentage of people with this is very small.

It’s not a nightmare but a condition suffered by thousands of people around the world. Sleep paralysis disables the person suffering from it and prevents them from performing any kind of voluntary movement for some time, usually between the state of sleep and wakefulness.

3. We spend about 6 years of our life dreaming

That’s without adding, of course, the time we spend daydreaming!

Every night, we dream several times for periods of between 5 and 20 minutes. If we calculate that with the current life expectancy, we can conclude that people on average spend about six years dreaming.

4. Interesting facts about sleep: We forget dreams a few minutes after waking up

For the most part, dreams are easily forgotten. Has it ever happened to you that you’re trying to tell someone about a dream and it just slips from your mind?

This happens because the way we process information and store it in memory is not the same as the way our minds dream.

5. Some people dream things that then happen

Yes, we’re talking about premonitions. There’s still no scientific explanation for it, but there are known cases of people who dreamed of situations that later happened. For example:

6. Some of history’s most famous inventions were based on dreams

As you will see, some inventors have changed humanity as we knew it based on their dreams. This is the case for Larry Page, creator of Google, James Watson, discoverer of the double helix of DNA, and Elias Howe, inventor of the sewing machine, among many others!

Some studies have observed that, while women mainly dream of family and friends in familiar situations, men tend to have more aggressive dreams, predominantly involving aggressive encounters with other men. This is likely because men in our societies are still socialized to be more aggressive.

8. Interesting facts about dreams: Your brain doesn’t rest at night

We tend to associate sleep with a moment of rest and peace and imagine that our brain “shuts down.” However, as you must be suspecting, this isn’t true: the brain is active while we sleep, that’s how we dream.

Discover: Do You Know the Incredible Stages of Sleep?

9. Some people dream in black and white

10. Most people cannot read in a dream

Have you ever had a dream where you were reading? Or where you were about to take an exam? Reading a piece of paper in a dream isn’t a simple task, and in fact, many people can’t do it. This is why there are so many dreams of failed exams!

The same goes for reading the time.

It hasn’t been proven (and in fact, it’s very complicated to prove). However, it’s suspected that animals also dream. Have you seen your dog shaking its paws and moaning while sleeping? The easiest explanation is that he’s dreaming!

12. Sometimes it is possible to guide and change your dreams

Lucid dreams are when we’re aware of what we’re dreaming and, somehow, we can change the dream at will.

Scientists don’t know why. However, various investigations have concluded that negative dreams tend to be more frequent than positive ones. Emotions like anxiety, fear, and despair appeared more repeatedly in studies than happiness and love.

Not seeing doesn’t prevent blind people from dreaming. In fact, many dream of images, while others do so through their other senses such as touch, smell, or hearing.

15. We only dream of faces that we’ve seen

So now you know: If you ever dream of being chased or attacked and you can see the face of your assailant, it has to be someone you know or have seen somewhere!

Have we surprised you with these interesting facts about dreams? Surely tonight, when you go to sleep, you’ll remember some of this fun information. Sweet dreams!

What Causes Dreams of Falling?
Dreams of falling are relatively common. Do you know what causes them? Or even in what stage of sleep they occur? Read more to find out why. Read more »
Link copied!
Interesting Articles
Did you know?
Why Do We Have Armpit Hair?