How to Go from Failure to Success

Are you afraid of failure? Check out these 10 incredible people who didn't let failure stop them, and let them be your inspiration. 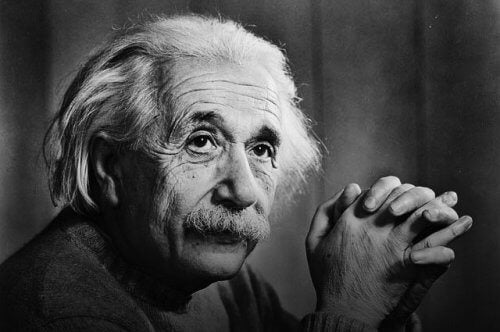 Often, failure causes us to lose the strength to carry on. However, the truth is that success is only achieved with perseverance. What we need to understand at all times is that we should work hard to achieve our goals. In this article, we’ll talk about 10 famous people who went from failure to success.

1. From failure to success: Walt Disney


When we hear his name, we think about his successful career as a movie producer. However, the truth is that it wasn’t always this way. Walt Disney worked as a cartoonist for a newspaper and was fired because he had a “lack of imagination and good ideas.”

It was not until the premiere of his first film, Snow White, that he went from failure to success. After that, the rest is history.

See more: You Have to Be Humble to Be Successful

Who could have imagined that a genius like Einstein struggled to be recognized for his talent? People used to think that he was disabled or mentally slow because he didn’t fit in, nor did he follow the way of thinking of his time.

Moreover, he didn’t start talking until he was 4 years old and only started reading at 7. However, this “slow” boy won the Nobel Prize in Physics thanks to his key discoveries of:

Darwin didn’t do well in his studies and wasn’t a great student. In fact, he began his medical career but then left it to pursue theology. Thanks to this, some time later, he found his true vocation in nature. Years later he would lay the foundations of the theory of evolution through natural selection.


Thomas Edison made more than a thousand attempts to invent the light bulb. He failed so many times that his students asked him whether he had become discouraged by so many setbacks. However, he felt that with each try he knew one more reason why the light bulb didn’t work.

Thanks to his passion and perseverance, he went from failure to success, and we now have the following inventions and creations:

This journalist had a very difficult childhood, marked by poverty and sexual abuse. According to her bosses, when she worked as a television reporter, she “was unfit for television news,” so she was fired.

However, she persevered, bounced back and became the most powerful woman on American television.


His artistic career while still living was a disaster, so much so that the only painting he sold was bought by a friend. He eventually starved to create his paintings, which reached a sum total of around 800.

His works were not appreciated until after his death. It was then that he became known as a renowned painter, even though he never lived to see this.

This writer was not at all pleased with his first work, Carrie. In fact, he threw it directly into the trash. If it wasn’t for his wife, who salvaged the novel and brought it to light, his life wouldn’t have been the same. Today, his books have sold several hundred million copies and Carrie is now a cult horror classic.

The author of Harry Potter wasn’t always successful. She failed in the world of journalism, was a single mother and looked after her daughter alone with the help of social welfare. In fact, she was quite poor until she published her first book in 1997.

Nowadays she’s one of the richest and most successful people in publishing.

Churchill wasn’t a brilliant student, and he even dropped out of sixth grade. Nor was he very successful in the public positions he held. However, at the age of 62, he managed to become a renowned British Prime Minister, a position few people have attained.


Spielberg wasn’t even able to get into the University of Southern California’s School of Cinematic Arts. In fact, he was rejected three times, and, for that reason, decided to study elsewhere. He just couldn’t find motivation there, and so he tried to become a director.

Despite this rough start, and through many failures, he now become one of the most famous people in the world of cinema.

7 Signs You’re Destined to Be Successful
At some point or another you’ll meet people or things that will inspire you to be successful. What you do with that inspiration depends entirely on you. Read more »