Ten Challenging Riddles to Put Your Brain to the Test

Riddles force your mind to perform different processes from those it's used to, since they aren't based on linearity. Therefore, trying to solve them is beneficial to your mental health. 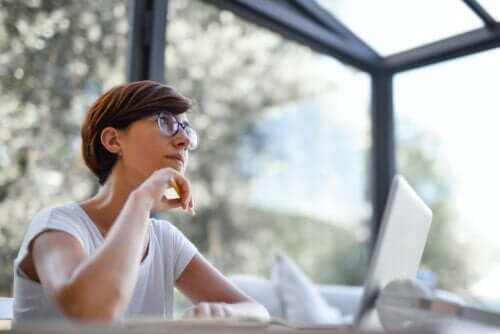 There’s nothing like solving riddles to exercise your mind and keep it active. Thus, to get your brain moving, try doing these mental riddles that will test your mind, make you think, and have a good time. Also, they’ll help test your reasoning ability. So, can you solve them? Find out for yourself!

According to the first entry in the Merriam-Webster Dictionary, a riddle is a “mystifying, misleading, or puzzling question posed as a problem to be solved or guessed”.

This is a type of reasoning that consists of solving problems in a creative way, as defined by Edward de Bono in 1967.

Throughout history, several puzzles have been designed that seem like traditional problems but test the logical principles and cognitive abilities of the person who has to solve them, helping them exercise their brain.

Riddles that will test your mind often make you try something called lateral reasoning.  This is different from the linear or direct reasoning that most of us are used to.

In the traditional way of reasoning, you progress logically from one step to the next, while with lateral reasoning you deliberately have to abandon that process. Furthermore, this forces you to set aside certain inhibitions. This forces you to solve problems in different ways.

Ultimately, having to deal with tasks that are “different” exercises the brain. This is why puzzles are ideal for training the brain and have health benefits.

Ten riddles to test your mind

John’s father tells his son that he’ll give him two bills. He says, “Between the two, they add up to six dollars, but one of them isn’t a dollar.”

What are the two bills?

What day of the year do impostors and counterfeits talk less?

John gets up in the morning and finds that the light in his room doesn’t work. He opens a drawer filled with gloves. Inside the drawer, there are ten black gloves and ten dark blue gloves.

How many should he choose to be sure he gets a pair of the same color?

How many times can the number 1 be subtracted from 1111?

In a race, one runner passes the person in second place. Thus, what position are they in?

How could someone who falls from a 50-story building survive?

A woman buys a parrot from a pet store, whose clerk promises that it’s able to repeat everything it hears. However, the woman returns the animal a week later because it hasn’t uttered a single sound, even though she has spoken to it.

However, the clerk didn’t deceive her. What happened?

Answers to the riddles

There are many other riddles you can try to solve in your spare time. Furthermore, if you’re up for it, why not create some yourself? For sure, you’ll be able to ask them to a family member, friend or acquaintance, whenever you’re bored.