Although you may not believe it, many foods that we eat daily can be dangerous if a series of basic rules for their production have not been followed. 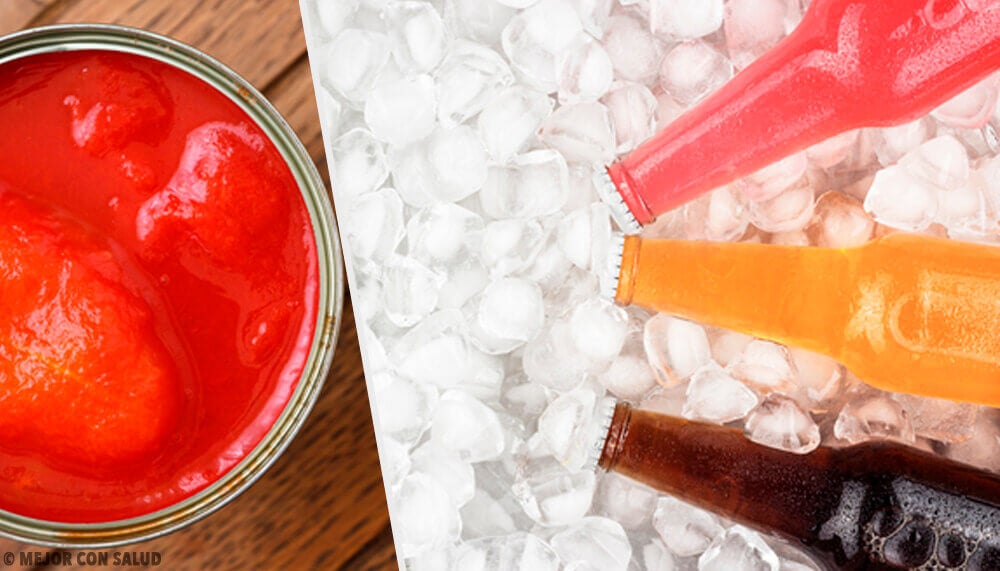 There are some foods that don’t have proper safety control and food experts would never eat them.

According to studies conducted at the Center for Disease Control in the United States, millions of people become ill due to foodborne pathogens.

Many are hospitalized, and others die because of illnesses contracted through the food they eat.

This happens because of the way they process food, and in the way that food pathogens find ways onto our plates.

It’s very difficult to trace the sources of diseases and researchers cannot find the cause of these diseases.

These foods may be contaminated with viruses, parasites and bacteria such as Salmonella, E coli and Listeria.

Between 1993 and 2006 some 1,500 people became ill in the United States for consuming unpasteurized raw milk or any derived products.

Raw foods are 150 times more likely to cause disease than pasteurized dairy products.

Whenever you drink juice or milk, check that the label says: “pasteurized”.

Canned foods are dangerous because of the resin coating of the cans.

It contains a toxic chemical (BPA) that has been linked to heart problems, diabetes, and obesity.

According to several nutrition experts, raw or slightly raw bean sprouts, as is the case of alfalfa or soy, could be linked to different bacterial outbreaks (mainly Salmonella and E. coli).

Any type of sprout can spread bacterial infection that originates in the seeds. However, specialists say that if we eat them cooked there is no such risk.

They’re directly related to obesity. Many are made from tea extract or plants with added sugar.

In addition, they don’t just encourage weight gain, but also increase the possibility of developing cavities.

Molluscs, and in particular oysters, are the source of many poisonings.

Oysters, being filtering animals, collect everything that’s in the water. Therefore, they absorb many bacteria and, if they are in your system, they will pass them on to your body.

So, experts say that it is not worth the risk.

Apples are grown individually so that each variety maintains its distinctive flavour. Therefore, they don’t develop resistance to pests and are frequently fumigated with pesticides.

Although many nutritionists argue that the nutritional value of egg is increased by consuming them raw, food experts argue that it is one of the most dangerous foods.

The problem with this food is that it can infect you with the Salmonella virus.

They’re treated with fungicides during the growing season and are sprayed with herbicides to kill the fibrous vines before harvesting.

After collecting them they are again treated to avoid sprouting.

The solution is to buy organic potatoes, since washing is not good enough to eliminate the chemicals that have been absorbed.

According to a study carried out at the University of California in 2009, the lining of a popcorn bag contains chemicals such as perfluorooctanoic acid (PFOA), which is linked to infertility in humans.

The problem with soy is that 94% of the soybeans that grow in the United States are transgenic.

Glyphosate can cause damage to the DNA and chromosomes of mammals and also in human cells.

Therefore, it is not advisable to consume it, unless in a fermented form.

Paronychia is an infection of the skin that can manifest around the fingernails and toenails. According to medical organizations, this…

Diet
Why Is Consuming Proteins So Important?

Knowing what proteins are is fundamental. These nutrients, that come from our diet, are essential, and fulfill many different functions in…

Illnesses
Diagnosis and Treatment of Uveitis

Naturopathy
6 Side Effects of Excessive Use of Apple Cider Vinegar

Some people are completely unaware of the possible side effects of the excessive use of apple cider vinegar. Although people…