10 Symptoms That Could Be a Sign of Breast Cancer

Irregularities in the contours of the breasts, size changes, a lump in the armpit, or pain when you squeeze your breast are some of the early symptoms of breast cancer. 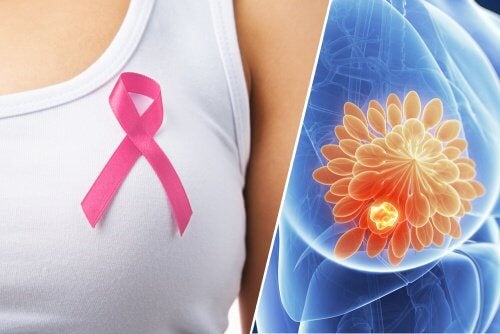 The majority of people ignore the signs the body gives to alert them that something is wrong. This happens with breast cancer. While it’s true that you don’t always need to be alarmed with the onset of every symptom, they shouldn’t be entirely ignored either since they could be an indication of a serious health problem.

In the case of breast cancer, experts insist that early detection is the most effective way to reduce the impact of the disease and increase the odds of survival.

Feeling fatigued at the end of the day or while going through a tense situation is common. The risk comes when the fatigue becomes chronic and doesn’t go away after dedicating the proper amount of time to rest. It can also be a concern if it comes along with other symptoms (like localized bone pain). If you experience this symptom, visit your doctor for an evaluation.

Experts at the American Cancer Association explain that when fatigue is a sign of cancer, people can feel extremely weak, unmotivated, exhausted, or worn down. They might even have a hard time doing small things like using the remote control, answering their cell phone, going to the bathroom, eating, etc.

Any type of unexpected bleeding or hemorrhaging could be among breast cancer warning signs or other illnesses. In general, people with this disease experience a small amount of bleeding from the nipple.

The majority of lumps or nodules are benign, but still alarming. For years, experts warned that lumps or masses in the breasts could be a warning sign of cancer. However, they aren’t always a sign of breast cancer. They could also be caused by an infection or cysts.

According to the Spanish Association Against Cancer, a lump in the armpit is one of the most common signs of breast cancer.

The skin on the breast can also suffer from changes that could be signs of breast cancer. Some of those potential symptoms could be:

6. The sinking of the nipple

While examining the breast, it’s really important to carefully examine the nipples to check that they’re normal and haven’t changed in appearance.

The retraction or sinking of the nipple is almost a sure sign of breast cancer.

In the first stages, it’s uncommon to feel pain or tightness in the breast.

However, when the disease has advanced, it’s very common to experience sensitivity and pain in the breasts without touching them.

Of course, this pain should not be confused with the pain and sensitivity that can appear with PMS or mastitis.

Noticing changes in breast size are also really important for the early detection of breast cancer.

If one breast appears inflamed or smaller in size, it can be a sign that requires immediate medical attention.

Sometimes, nipple secretions aren’t a problem and disappear on their own in a few days.

However, in many cases of this disease, nipple secretions are reported as one of the symptoms. Women who have been diagnosed with breast cancer reported a foul-smelling secretion from one or both nipples.

Noticing changes in the shape or texture of the breast is another way to detect cancer early. Irregularities in the contour, as well as redness or small holes in the skin are clear signs of this disease.

Read more: Causes of Breast Cancer You Should Be Aware Of

What are some of the risk factors?

Breast cancer mostly affects women, but it is possible for it to develop in men. The main risk factors include:

Remember that early detection increases the chances for successful treatment, so visit your doctor if you notice anything that causes you concern.

9 Symptoms of Breast Cancer All Women Should Know
Breast cancer, is one of the most common cancers among women, as a matter of fact, it is the second cause of death in the entire population. Read more »
Link copied!
Interesting Articles
Did you know?
World Blood Donor Day Helps Save Lives